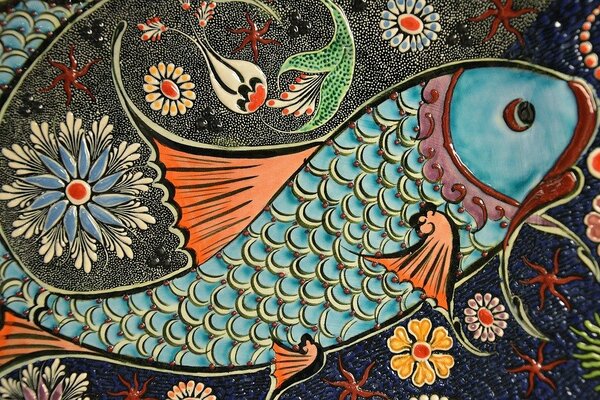 As we recently celebrated Thanksgiving weekend in Canada and, what has been historically known as Columbus Day in the United States, it is essential to acknowledge, learn from and reflect on historical and ongoing colonialism of Indigenous peoples and lands across North America. A necessary step in this reflection is to recognize a rethinking of Columbus Day, traditionally celebrated in the U.S. on October 12th, which has since been reclaimed as Indigenous Peoples’ Day. Indigenous Peoples’ Day is a day to honour, celebrate, and recognize Indigenous peoples and their continued contributions to society while acknowledging Indigenous histories and cultures.

So, in honour of Indigenous Peoples’ Day and in reflection of Thanksgiving weekend, let’s talk about what is going on in Nova Scotia and the threat to Mi’kmaw treaty rights.

What is going on?

On September 17, 2020, Sipekne’katik First Nation, a Mi’kmaw Indigenous community in Nova Scotia, established its own Mi'kmaq-regulated, rights-based lobster fishery in St. Marys Bay. Believed to be the first fishery of its kind in the province, Sipekne’katik First Nation issued their own commercial fishing licenses, awarding seven licenses to Mi’kmaq fishers. Although this is an important step towards the full and meaningful actualization of their treaty rights and a powerful show of self-governance, Sipekne’katik First Nation faced threats and harassment from the non-Indigenous fishing population. Following angry demonstrations, vandalism, threats, the blocking of Indigenous boats from leaving the harbour and the firing of flare guns at these boats by non-Indigenous fishermen, the Assembly of Nova Scotia Mi’kmaw Chiefs declared a State of Emergency.

On the same day, exactly twenty-one years prior to the establishment of Sipekne’katik’s fishery, the treaty right to catch and sell fish and crustacean during the off-season was reaffirmed in the 1999 Supreme Court of Canada (SCC) case of R v. Marshall. The Peace and Friendship Treaties, signed between 1760-61, were cited during the case that reestablished that Donald Marshall Jr., a Mi’kmaq man you had been charged with fishing and selling eels without a licence, had the inherent right to do so to earn a moderate livelihood.

It is essential to stress that the fishery established by Sipekne’katik First Nation is just as legal as the non-Indigenous commercial fishery operating currently in Nova Scotia. Not only are these rights guaranteed and reaffirmed by the Treaties and the SCC, but they also derive from the inherent right of the Mi'kmaq to the resources on which they have relied since time immemorial. Furthermore, no land was ceded with the signing of the Peace and Friendship, meaning that Sipekne’katik First Nation has the right to self-govern and establish their own fishery.

What does this have to do with human rights?

Today, Mi’kmaw fishers continue to face barriers to actualizing their treaty right to fish and sell their catch without threats of harassment, prosecution by the Canadian state, and equipment and catch seizures. There remains an immense lack of awareness and education on the Peace and Friendship Treaties and, as a result, Mi’kmaw people's treaty and thereby constitutional rights. Treaties are law and are just as valid as any other form of settler law. There is a desperate need to dispel the myth that Indigenous peoples are law-breakers when they occupy and protect their land. Indigenous rights are human rights.

Where do we go from here, and how can you help?

Although mainstream media attention has since died down, the conflict is not yet over. On October 5th, Twitter user @Jus5tice_4_All reported that Robert Syliboy’s, a Mi’kmaq fisherman’s, boat had been destroyed at Comeauville Wharf, located 5 minutes away from Saulnierville. In the same tweet, the user states: “Tensions have not worn off, they are still high & Canada’s racism and refusal to step-in speaks volumes.”

On October 14th, Instagram user @decolonizemyself shared a Facebook post by Mika Borden, detailing that a large group of non-Indigenous individuals broke into an Indigenous lobster pound, killing the live lobster and destroyed the security cameras. Upon the arrival of Indigenous fishermen, they were assaulted with rocks and debris and were threatened with the burning of their building while they were inside. The same post further reports that a First Nation woman’s van was set on fire and destroyed.

It is clear that as the media and government have all but abandoned the Mi’kmaw peoples in their fight against continued colonization, we must remain vigilant. Social media, including Twitter, Instagram and tik tok, are important resources to stay up to date with on the ground information from Mi’kmaq people and allies, especially when the mainstream media has moved on.

As settlers, it is our responsibility to listen to Indigenous peoples, educate ourselves on Canada’s continued colonialism, and take action to the return of Indigenous land, the actualization of treaties, and the recognition of Indigenous self-governance and sovereignty. I will end with the final quote from Allen Salway: “As long as you are on stolen land it will always be Indigenous Peoples Day.”