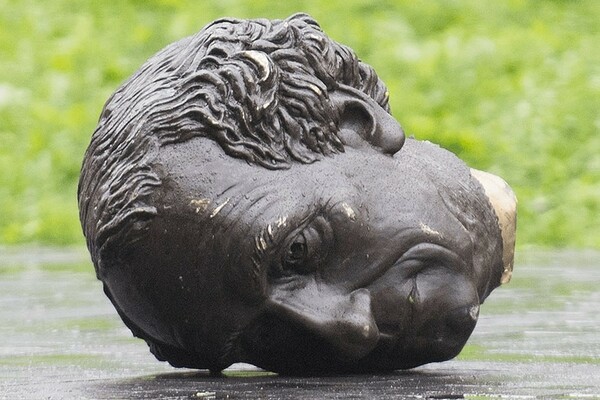 Why Removing Statues of John A. Macdonald (and others) is Not Erasing History

Should statues of historical figures, like that of John A. Macdonald, continue to be mounted?
26 Nov 2020

There are implications in honouring a historical person through naming a public building or erecting a statue. The significance is an indication of values: valuing the person’s historical role, valuing their contributions, and the value that they represent to the community. Honouring figures of the past by naming buildings and erecting statutes of them indicates whose past we want to bring into the present. It shows whose values that we, as a society, choose to adopt as collective values. But what happens when our values change? When our understanding about those memorialized change? What happens when these people no longer represent the values of our community?

Over the past few months, around a growing movement of abolition and defunding of the police, a conversation is taking place about whether or not statues of historical figures, such as that of John A. Macdonald, should continue to be mounted. Those opposed to removing a historical figure’s name from a building or statute often cite two somewhat contradictory arguments: 1. that changing a school’s name or taking down a statue is erasing history and, 2. This removal will not change anything.

I would like to dissect these arguments individually and use John A. Macdonald, a figure who most Canadians can recognize, as an example:

With a national day of remembrance and numerous museums and memorial sites, most people have an understanding of what happened in WWII and the Holocaust.  So are Germans, or the rest of the world for that matter, not going to know what happened in the Holocaust or the atrocities architected by Hitler because Nazi monuments have been removed? The simple answer is no. What happened during the Second World War can be learned and recognized without memorializing the perpetrator.

We need to distinguish between honouring someone versus acknowledging the past and learning from it. There is a critical difference between the destruction of statues and monuments raised by Nazis versus the establishment of museums and maintenance of the sites in which atrocities took place. One promotes the values which those statues were erected; the other encourages education and change.

John A. Macdonald, also referred to as the “Father of the Confederacy,” did play an essential role in creating the Canada we know today. Still, that role is not dismissed by the removal of his statue. A statue or building name presents a snapshot of that person, placing them in a position of importance and praise. However, neither a statue, nor a building name, can appropriately and honestly facilitate a discussion about the history of Canada, and John A. Macdonald’s role in it, but classrooms, books, and museums can. Taking down a statue or changing a name does not mean removing that person from the history books or diminishing their contributions, but it does mean reshaping and reframing the conversation. It means more accurately depicting Canada’s history.

2. It won’t change anything

This is very much a “yes, but” kind of question. Removing a monument that memorializes someone who helped enact systematic harms against thousands of people will not change the impact they had, nor is it the systemic, transformative change that needs to be made, but it is still the right thing to do.

Not having a statue of John A. Macdonald in a public park does not dishonour him. But having a statue commemorating him in a public park does dishonour the thousands of Indigenous peoples, both past and present, whose suffering continues as a result of colonialism and cultural genocide. The thousands of Chinese Canadians who had a head tax imposed on them via the Chinese Immigration Act (1885), passed by John A. Macdonald’s government, are also dishonoured by the public memorialization of his image.

In an interview with the Harvard Gazette, scholar and history professor Annette Gordon-Reed pointed out that “[t]here is an important difference between helping to create the United States and trying to destroy it.” The same can be said for John A. Macdonald and many other Canadian historical figures. The question here is who was John A. Macdonald helping to create Canada for, because it was not Black people, Indigenous peoples, or people of colour (BIPOC). We must ask ourselves if that history is a past we want to bring to our future.

Lastly, on the most purely human level, not having to see your abuser publicly memorialized is a step in the right direction. If, in removing the statue or name of John A. Macdonald helps to facilitate healing for the communities that he has helped harm, then it is the right thing to do.