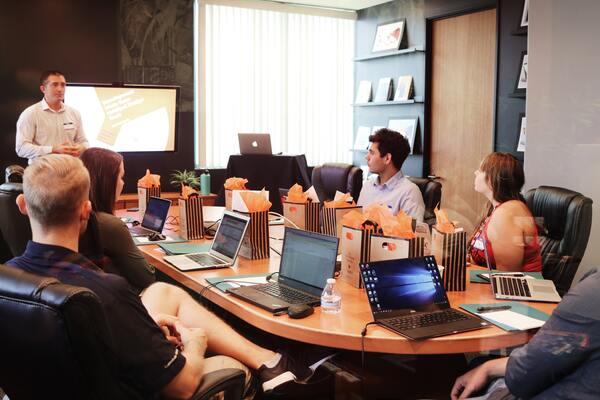 Learn about Manitoba's Bill 16: The Labour Relations Amendment Act and how it could impact you.
26 Mar 2021
Education, Human Rights, Research

Human rights and labour rights have a long history of intertwinement. The Labour Relations Act has an important purpose, to “promote orderly collective bargaining and there are a number of sections regulating the bargaining process, the content of collective agreements and the timing of strikes and lockouts.” The Act itself empowers the Labour Board to become involved in collective bargaining between unions and employers.

Considering this history and the significance of the original Act, it should be no surprise that MARL has been attentive to Bill 16: The Labour Relations Amendment Act, currently before the Legislative Assembly, which contains several significant, new provisions. It should be noted that the Labour Relations Amendment Act and its changes only apply to unionized, aspiring or formerly unionized employees.

Provisions that leave many of us asking:

These are essential questions that first require an understanding of the Act itself. Below, the provisions are condensed for clarity while still retaining the original meaning.

The Changes and What They Mean for You

One of the most drastic changes within the Labour Relations Amendment Act is lowering the threshold to hold a decertification vote by only requiring a minority vote of 40% instead of 50%. The displacement vote is already beneath a majority vote requirement as well and has shifted from 45% to 40%. Complying with this percentage is not a democratic reflection of the employees' wishes and unfairly makes decertification easier.  Decertification as defined by the Labour Relations Act Guide is “timeliness of applications, wishes of employees, fraud, abandonment, effect of cancellation of certification.” Displacement would refer to the application for certification by a trade union other than the one which is currently representing them as a bargaining agent.

In addition, the 90-day notice as the result of technological change is repealed. The reason this notice is in place is to ensure that any significant changes that impact employees or the collective agreement is addressed. Though it may seem more efficient to remove the requirement of a 90-day notice and subsequently ‘speed up’ the process of implementing technological changes, consider the complications of attempting negotiation upon terms that have changed this drastically. The notice keeps everyone informed, whereas this is likely to cause misunderstanding or delays. The 90-day notice protects employers and employees to ensure consistency and proper communication.

One of the amendments encourages accessibility, the Board's ability to conduct votes electronically and by telephone would be clarified. Having this well established, it is evident that a vote is not invalid merely because it occurred electronically or by telephone. In conducting business in an increasingly virtual and remote sphere, this clarification is necessary within the time of a pandemic.

Other provisions relate to ensuring confidentiality, namely provision 11. The Board not providing the names of employees who sign to certify, decertify, or terminate ensures discretion. This as a measure is clearly needed to protect employees’ privacy regardless of which process, they have voted on. Privacy is also a priority regarding the use of secret ballots for decertification or displacement so long as this is accessible to all employees. Individuals with disabilities can at times have their privacy negatively impacted by secret ballot as a voting format when this is implemented in an inaccessible way. The exact execution of a secret ballot vote could depend upon each bargaining unit so it is difficult to say what the impacts on accessibility would be. Considering how most votes would likely be conducted virtually in the pandemic, it is possible this could be less of an issue than it would be in other circumstances though this could still vary per workplace.

As for provision 12, transparency would be a vital benefit of the auditing requirement to provide financial statements to members regardless of whether there is a request.
Additionally, to address compensation and financial statements of those making over $75,000 would also provide transparency and accountability, though may be more contentious due to privacy concerns. This mandate would likely resemble Sunshine Lists.

Bill 16: The Labour Relations Amendment Act provides changes to the Labour Relations Act with provisions of varying degrees of necessity and value. It is important to note that the amendment is not yet passed, so pay attention to upcoming developments and stay informed.