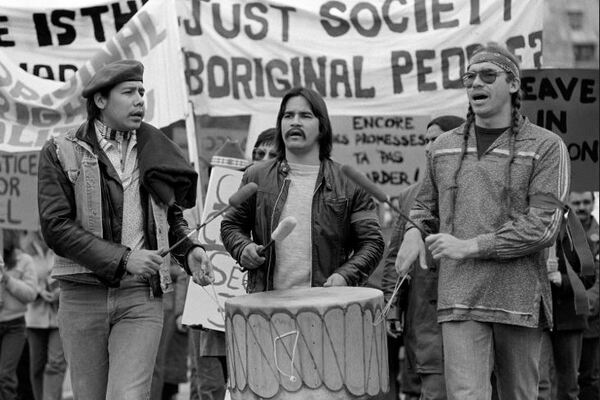 Indigenous peoples in Canada have only been allowed to exercise this right for the past 58 years.
2 Oct 2018
Human Rights, Living Rights Then and Now

As the civic election nears closer in Winnipeg, the city is abuzz with talk of mayoral and councillor candidates and their platforms. We all recognize our rights as citizens to participate in these elections, but this right hasn’t always been equally applied to all Canadians. Indigenous peoples in Canada have experienced exclusion when it comes to the right to vote, and have only been allowed to exercise this right for the past 58 years.

The right to vote and status have been closely tied to gender as well. If an Indigenous man lost his status due to enfranchisement, Indigenous women would also lose their status but not gain the right to vote. Until revisions to the Indian Act in 1985, Indigenous women did not have autonomy over their own status, losing it if they married a non-Indigenous man or if their husband lost his status. In 1951, amendments were made to include the enfranchisement of wives and children of Indigenous men who became enfranchised. In the same year, amendments were made so Indigenous women could participate in band elections. Indigenous women were excluded from Canadian suffragette movement, which was dominated by middle and upper class white women. Leaders in the Canadian suffragette movement, specifically Nellie McClung and Emily Murphy, worked to keep female Indigenous voices out of the arena.

Jumping forward to today, Indigenous peoples across Canada have the right to participate in all forms of elections and political engagement. Although everyone has this right, not everyone has the means to access and practice it. In Winnipeg, Indigenous peoples experience poverty and homelessness at a disproportionate rate. It is less likely that people in poverty will vote, as they are trying to meet their basic needs on a daily basis. Furthermore, for people in poverty affording identification to vote can be difficult, especially if one moves frequently, changing addresses often. Indigenous voting rights have changed for the better over time, but there are still systemic barriers in existence preventing many citizens from accessing and realizing their rights.