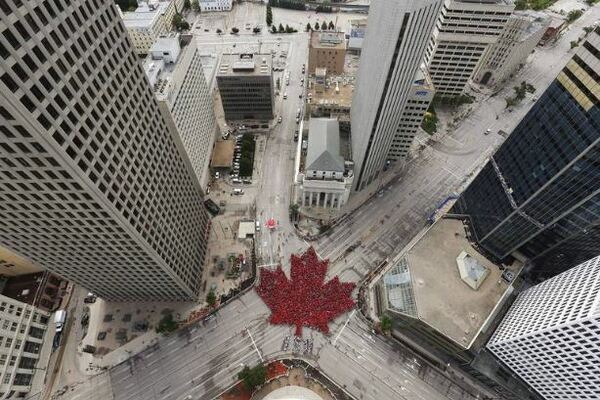 The Accessibility of Portage and Main

​Winnipeg’s ongoing debate on the opening of Portage and Main has been of broad and current interest in the city.
5 Oct 2018
Education, Human Rights, Policy

Winnipeg’s ongoing debate on the opening of Portage and Main has been of broad and current interest in the city. The concourse under Portage and Main was originally opened in 1979, due to the city experiencing a declining economy downtown. In this time, shopping centers were popping up in suburban areas, making it less necessary for people to shop downtown. Since this time, downtown has become revitalized with local businesses, shops, restaurants, and workplaces. It is more difficult for those in the area to navigate the confusing setup of the concourse, especially for those with decreased mobility. Furthermore, the nature of the underground decreases visibility, making it less safe.

Many argue that opening the intersection is a waste of money, and that it will cut into commute time by adding pedestrian crosswalks.

Safety is also a concern in the concourse. For women, the lack of visibility underground can be a problem. After work hours and on weekends, businesses are closed and there aren’t many people in the concourse, making it more dangerous for women to be alone. Women resort to taking longer routes to avoid the underground in the evenings and weekends. By opening the intersection, this would encourage people to walk above ground, increasing visibility and safety. We all have the right to feel safe and free from harassment, and an open Portage and Main would provide a better environment for women.

In the concourse, there are very little signs, which direct one to elevators or accessible areas. Many of the elevators are under construction and poorly lit, or tucked in corners where they are not very visible. There are a few ground-level entrances with elevators, but they’re difficult to find and not every entrance has one. On the ground level entrances, many of them don’t have push buttons to access the concourse. All of the signs in the concourse are in English, which could pose as a challenge to newcomers or those whose first language is not English. Because of the circular design and multiple levels, the concourse can be very confusing without explicit directions that are accessible to everyone.

Overall, the opening of Portage and Main would make for a more accessible city. The more people there are above ground the safer navigating downtown is for many people. Those who are differently abled would have a much easier time crossing the street. For less than a minute added to a car’s daily commute, accessibility and safety can and should be made a priority of Winnipeg.