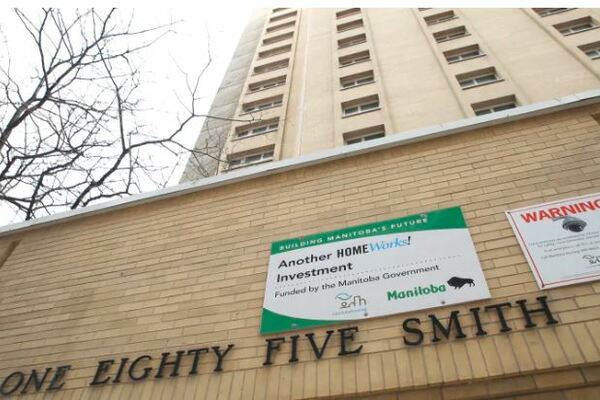 The Right to Housing in the Manitoban Context

In Manitoba, housing is an issue which impacts those who are most marginalized.
15 Oct 2018
Education, Human Rights, Policy

Across the planet, housing is an issue which impacts those who are most marginalized. Housing is imperative to survival, and makes for a higher standard of life. The Universal Declaration of Human Rights, in Article 25 (1), recognizes the right to acceptable standards of living, which includes housing. In the International Covenant on Economic, Social and Cultural Rights, Article 11(1) recognizes housing as well. The Canadian government has ratified both the Declaration and Covenant, making the country responsible to recognize and uphold the articles of both.

Poverty and housing are very closely linked. Poverty can be viewed as a web, with components interacting and impacting one another. When looking at housing, it is important for someone to have a home where they have a sense of dignity, safety and where they can be healthy. Once someone has access to adequate housing, they’re able to rest and are at less risk for becoming sick. When a person is healthy, it’s easier to find a job, which is also easier with a fixed address. For families, children become more positively engaged in their environments when they have a permanent home and community. In conjunction with housing, it is important that people have increased accessibility to health and mental health services, employment, and education.

In many Canadian cities, there is a lack of affordable housing available to those who experience poverty. In Winnipeg’s Inner City specifically, access to safe and affordable housing is hard to come by. Residences run by ‘slum landlords’ are common in the Inner City. These residences are often not maintained properly, putting the health and safety of residents at risk. Social housing units from Manitoba Housing are another option, but often have issues with safety and maintenance upkeep impacting residents’ health. Furthermore, due to a highly privatized housing market, newer homes are not affordable to lower income populations. In the Spring of 2018, the Province of Manitoba sold a social housing complex in Winnipeg to a privatized company, residents pushed to other social housing suites and hotels. The City of Winnipeg recently excused True North Square from setting aside units for affordable housing. A few days later, the City required the company to pay $185,000-$200,000 for an affordable housing grant, which unfortunately is not enough to address the massive lack of affordable housing in Winnipeg.

Reserves in Manitoba experience inadequate housing standards as well, and the isolated nature of many reserves makes it even more difficult for people to access services. Due to insufficient numbers of dwellings on reserves, overcrowding can become an issue and lead to health problems. Housing on reserves is subsidized by the Canadian government, however many of the homes are not maintained properly by the government. Due to many reserves being isolated from employment opportunities, residents are often unable to maintain upkeep on their homes.

Housing is linked to Child and Family Services (CFS) apprehension rates as well. Both on and off reserve, Indigenous children are apprehended from their families because of ‘neglect’, which often is lack of proper housing, clothing, and food. The CFS system in Canada has been dubbed a ‘modern day version’ of residential schools, as children are apprehended from their families and put into foster care in different areas of the province. This disconnect can lead to children being exposed to violence, mental health problems, and addiction. When parents lose their children to CFS, they lose access to social assistance, which impacts their access to housing. This systematic oppression contributes to cycles of generational poverty and trauma, and can partially be connected back to adequate housing.

In Manitoba, the lack of affordable housing is connected to many larger systemic issues, and can impact access to many basic needs. It is evident that those most marginalized are affected by this lack of access, and that systems such as CFS make accessibility racialized. In Manitoba, the lack of affordable housing must be addressed in order to provide dignity and a higher quality of life for those who experience poverty.