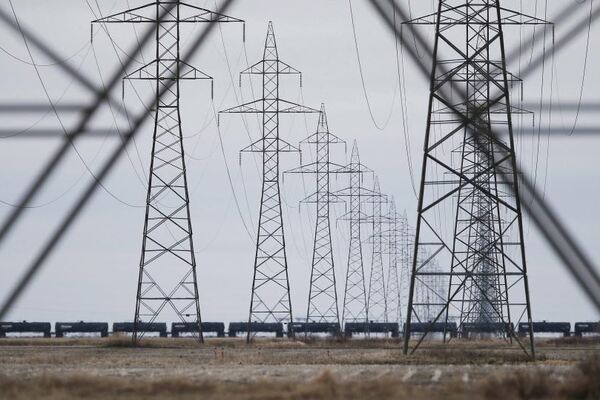 Impacts of Hydro on the Fabric of Northern Communities

Hydro’s occupation of Indigenous lands has had detrimental impacts on numerous communities environmentally, socially, and economically. In the 1970s, Hydro forcibly relocated the community of South Indian Lake, due to waterways being diverted for a Hydro generating station. The community was relocated to the other side of the lake, off land that their ancestors had lived for thousands of years. Hydro threatened to burn down homes and take children if the community did not comply. The lake was flooded, leading to erosion, and the whitefish population significantly decreased. In the 1980s, high levels of mercury were discovered in the lake as a result of Hydro’s flooding. Before Hydro was involved, the environment was incredibly healthy, and the majority of the residents relied on the whitefish population for income. The economic base of South Indian Lake was centred around fishing at the time. After the flooding and diversions, the community saw a 90% decrease in the amount of whitefish being fished. Currently, approximately 95% of residents in South Indian Lake rely on social assistance. Residents say that living off the land is their culture, and now that Hydro has destroyed the environment, parts of their culture have disappeared. Hydro’s relocation of Indigenous communities is not an isolated incident in Manitoba. During the 1960s, members of the Fox Lake Cree Nation were forced to evacuate their homes in order to make space for housing to hold Hydro workers. Furthermore, Hydro damaged a Fox Lake ceremonial site in order to continue construction. For those living Chemawawin, the local economy of fishing, hunting and trapping was destroyed in the 1960s due to the construction of a hydro dam and flooding of the area. In Pimicikamak, Hydro has caused an unemployment rate of 80-85%, and the community is experiencing a suicide crisis. Because of the lack of jobs and resources, the mental health of many citizens is impacted. Addictions have become an issue in many Northern communities affected by Hydro.

Alongside economic and cultural implications, there have been social issues in affected communities as well. Starting in the 1960s, a culture of racism and abuse began between hydro workers and Indigenous communities. In a 2018 report, the province’s Clean Environment Commission found that racism, abuse, and discrimination are rampant in Fox Lake. In the 1960s, Indigenous women were subjected to sexual assault, abuse, and racial discrimination by male Hydro workers. Women would be taken to jail with no explanation, and were assaulted while in holding. Indigenous men were also attacked by Hydro workers. Community members say that incidents such as these still occur to this day, and Indigenous women are targeted by Hydro workers. Women in Chemawawin also recall abuse and assault perpetuated by Hydro workers, these instances not yet investigated. These assaults indicate an violent attitude towards Indigenous women, which can be seen manifested across Canada with the crisis of Missing and Murdered Indigenous Women.

Members of affected communities say that Hydro needs to have more meaningful relationships with the communities impacted, and that the corporation could be doing more to support traditional ways of life and culture. Many say that Hydro’s involvement is a continuation of colonialism, working against the sovereignty of Indigenous peoples. Leaders in communities impacted have called on the province of Manitoba, the Premier, and Manitoba Hydro to collaborate on a solution to the treatment of Indigenous women. In recent years, community members have acted in resistance to Hydro’s presence on Indigenous territory. In 2016, Fox Lake community members created road blocks in protest of ceremonial land being damaged, which led to consultations with Hydro. In 2014, Cross Lake community members protested Hydro by occupying a dam for six weeks. This resulted in an agreement between the community, Hydro and the Provincial government, aimed at poverty eradication and unemployment.

Time will tell if Hydro and the Province are committed to creating positive change. In the past, both have a pattern of disregarding agreements with communities and foregoing consultations. Much of the damage Hydro has perpetuated has been irreversible, only creating more severe consequences for those who are key stakeholders. Northern communities need to see positive and meaningful change for the sake of the well-being of both environments and those living on the land, future generations, and Indigenous sovereignty.