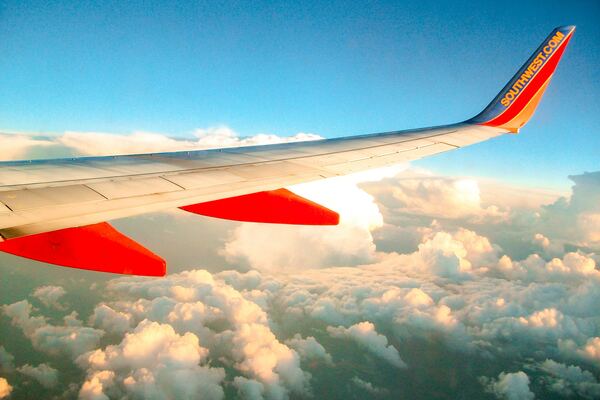 This blog post will discuss how the "Passenger Protection Program" engages our rights of liberty and due process.
12 Jun 2019
Education, Research

On September 11, 2001, the destruction of the Twin Towers in New York City shocked the world. It revealed that the ease and accessibility of air travel gave individuals an opportunity to commit devastating acts of terrorism. In 2007, one of the programs implemented to respond to this new threat was the “Passenger Protection Program” (PPP), a Canadian version of the United States’ “No-Fly list.” This blog post will discuss how the program engages our rights of liberty and due process.

Liberty and due process rights are enshrined in the Canadian Charter of Rights and Freedoms (Charter). Section 7 of the Charter states that “everyone has the right to life, liberty and security of the person and the right not to be deprived thereof except in accordance with the principles of fundamental justice.” While the courts have not yet decided on the constitutionality of the PPP, an examination of the Program and relevant case law indicate that it may be in violation of our Charter rights.

Pursuant to the PPP, the government provides a list of individuals to air carriers for the purpose of screening passengers on flights originating from, destined for or flying within Canada. Individuals may be placed on the list if the Minister of Public safety has reasonable grounds that the person will: “a) engage or attempt to engage in an act that would threaten transportation security; or, b) travel by air to commit certain terrorism offences…” If there is a positive match, the government may then instruct the air carrier to take certain actions, from requiring the person to undergo additional screening to denying them transportation.

The program has been controversial as it has led to many false positives. Amin Karim(age 3) Sebastian Khan (age 4) and Syed Adam Ahmed (age 6) are just three of the many children who have been mistakenly targeted and repeatedly delayed by this program. Legislation is currently before the parliament to address some of these issues. However, none of the proposed changes address the underlining constitutional question of whether restrictions can be placed on individuals that have not been notified when they are placed on the list or formally charged with a crime. For example, for years Bashir Mohamed (age 22) underwent extra screening at airports and was unable to check-in online or at a kiosk. It was not until a flight in 2017, where he was able to see the agent’s screen at the check-in counter, and finally learn that he was on the list. While this post will only examine how the PPP engages the right of liberty and due process, others have argued that it infringes on privacy, mobility and equality rights.

Individuals placed on the PPP list are not notified of this until after they have purchased a ticket and intend to fly somewhere. The courts have stated that s. 7 of the Charter is engaged when it restricts the liberty of individuals “where the rest of the public is free to roam.” The courts have also stated that fundamental justice requires “substantial compliance” with the principle “that a person whose liberty is in jeopardy must be given an opportunity to know the case to meet, and an opportunity to meet the case,” although the same courts have also recognized that the imperatives of security may preclude that. Courts have also made decisions on issues of ex parte, meaning a “proceeding, or a procedural step, that is taken or granted at the instance of and for the benefit of one party only, without notice to or argument by any adverse party.” They have stated that ex parte should be limited to exceptional cases where “delay associated with notice would result in harm or where there is a fear that the other party will act improperly or irrevocably if notice were given.” The courts have stated that in the context of national security, information may not be disclosed if it is deemed “so critical that it cannot be disclosed without risking public security.” However, even in this context they have said “if s. 7 is to be satisfied, either the person must be given the necessary information, or a substantial substitute for that information must be found.”Even though the PPP was implemented in a national security context, previous decisions of the courts suggest that the PPP may be violation of s. 7 as it restricts liberty and does not provide any notice to the impacted individuals.

Following the 9/11 attacks, and the security risks that all Canadians face in regard to terrorism and extremism, it was understandable that the government took all necessary actions to protect citizens from immediate danger. Canadians should ask whether the PPP continues to address an immediate danger and whether the restrictions it places constitute an unjustified violation of s. 7 of the Charter. It is imperative that the government do everything possible to ensure that Canadians are safe and secure; however, we need to always consider the impact of their actions on our Charter rights, which are essential to ensuring the long-term safety and security of the nation.