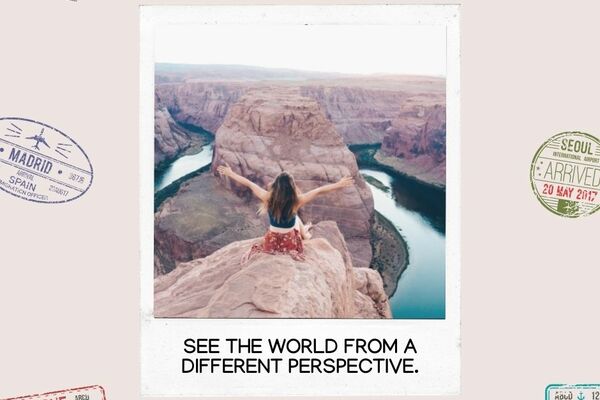 The Cost of Doing Things Differently

Challenge yourself to see the world in a different and positive way.
21 Apr 2022

In one of my elective graduate courses this past summer, our professor asked us to complete a very unconventional assignment. I call it unconventional, because, in my entire time as a student, even during my undergraduate days, I had never done such an assignment. The instruction was for us to choose a children’s story and rewrite it from the perspective of a character who was not the protagonist. “This should be easy,” I thought to myself. I wasn’t entirely sure why our professor chose this assignment, but I was happy to get a break from the usual research paper assignments.
The first story that popped into my head was Hansel and Gretel by the Grimm brothers. I wasn’t sure from whose perspective to rewrite the story, so I reached out to a colleague for some inspiration. “Write it from the perspective of the witch; make her a good person this time!” she said. I totally bought the idea, and thought it would be fun convincing the reader that they’d been reading the story wrong all along. Little did I know that the assignment would challenge and push the limits of my creativity.

In my reconstructed story, the witch lives in a small village with her parents who are famous strawberry farmers. In this village, there are only good witches, because the bad witches had been banished long ago. During one of the harvest seasons, the witch’s parents take their strawberries to the market to sell to the villagers as usual. Sadly, everyone who buys the strawberries becomes ill and dies. The witch’s parents are accused of practicing black magic and are sentenced to death; however, her life is spared but she is banished. She ends up living in the forest where she runs into Hansel and Gretel. In order to appear scary and deter potential attackers, the witch, who is in fact young, disguises herself as an old, ugly woman. Contrary to the original story, in my version, Hansel is never locked up, and the witch doesn’t plump him up to be eaten; she plumps him up because he is too skinny, compared to his sister Gretel. Both children simply misunderstand the situation and become suspicious of the witch because she looks scary. So, when the witch asks Gretel to climb into the oven to test the temperature, both kids push her in, shut the door, and run away.

Retelling the story now looks easy, but, trust me when I say, it’s one of the hardest assignments I’ve ever written. When I finished the assignment, I realized why the professor had chosen this activity for a Peace and Conflict Studies course. There were three takeaways. She wanted us to: 1) unlearn something that we had held to be true since childhood; 2) see how challenging unlearning such beliefs were; 3) most importantly, see that if we braved these challenges, the results would be rewarding—we’d experience a shift in these beliefs, and discover a new way of doing and seeing the world.

In the real world, both individuals and governments can apply these three lessons in the same way, to ensure social justice. As an individual, think about those prejudices that you hold towards other groups. It could be a preconceived notion about a particular race, ethnicity, gender, or any group for that matter. Through an ongoing process of self-reflection, take time to unlearn these harmful beliefs or attitudes. Ask questions, but be ready for, sometimes, uncomfortable answers. Challenge yourself to see the world in a different and positive way. On the other hand, governments need to adopt new approaches to responding to human rights injustices. It doesn’t make sense to keep using the same strategies, while expecting different results. Why do injustices toward specific groups persist, despite government programs and initiatives being designed to address such issues? Clearly, these initiatives are not working, and a new way of knowing and doing is urgently needed. These new ways might cost us a lot, both individually and collectively; it might push us out of our comfort zones and make us reluctant to chart this unfamiliar territory. But, one thing is sure, if we do brave these discomforts, the reward—a just society for all—will be so worth it.