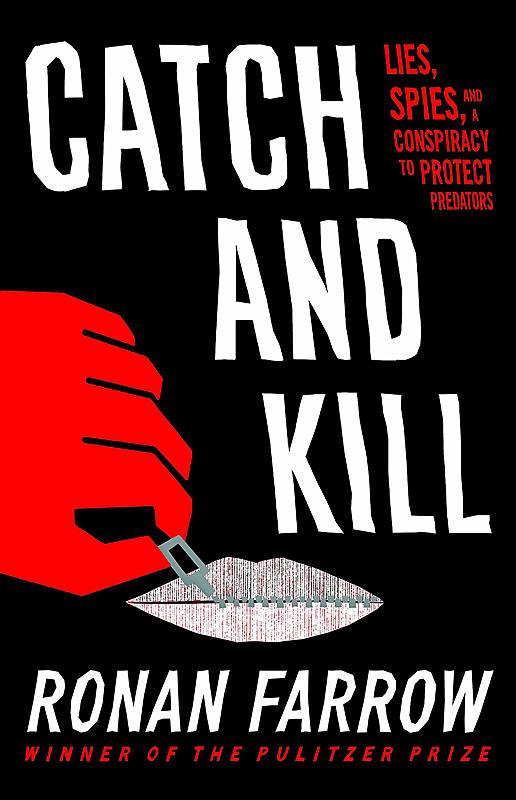 "Catch and Kill: Lies, Spies, and a Conspiracy to Protect Predators" by Ronan Farrow
Skip to main content

Why We Chose this Book: On February 24, 2020, Harvey Weinstein was found guilty in a New York Court of criminal sexual act and rape. MARL, in its mandate to both raise awareness about human rights and to make a difference on societal and policy levels, supports the #MeToo movement’s denormalization of sexual harassment and sexual assault across all levels of society. Ronan Farrow’s expose in Catch and Kill describes the courageous survivors and reporters who told the story that kick-started the MeToo movement.

Summary: Catch and Kill by Ronan Farrow tells the story of the courageous survivors of Harvey Weinstein’s pattern of sexual assault and harassment. Many had tried to come forward in the past but were silenced by aggressive legal action and by the media’s protection of Weinstein and other high-profile sexual predators. Farrow, then working at NBC, began following the story that survivors were giving him, but faced intimidation by an Israeli security company and multiple attempts to kill the story by NBC executives. Writes the Guardian,  Farrow’s narrative has the pace of a thriller. Were it really a thriller, however, the collusion at its heart would be too much: you would dismiss it as airport pulp. Here is a conspiracy so deeply embedded and far-reaching that even as I write, those alleged to be involved not only remain in their jobs; in recent days, they have pugnaciously denied all wrongdoing in the matter of the reporting of Weinstein’s behavior (Cooke, Oct 20, 2019).

In the end, the story came out, but many involved in the silencing of survivors remain in positions of power. The February 24 conviction of Harvey Weinstein sex crimes, in part, as a result of Farrow’s reporting is only the beginning of the change that is beginning to occur at all levels of society in ending the unspoken acceptance of sexual violence.

Check back in with us later in March for discussion questions and info on our first meeting.

What are ways that we, as individuals and society can create supportive and safe spaces for such stories to be told?

Some are concerned that the #MeToo movement will allow for unsubstantiated accusations to increase, ruining men’s reputation. What is your response to this concern?

What discussions have you had surrounding the #MeToo movement and Harvey Weinstein’s accusers? Have different genders responded differently?

Available at McNally Robinson, Amazon.ca and other booksellers. Multiple copies available at the Winnipeg Public Library