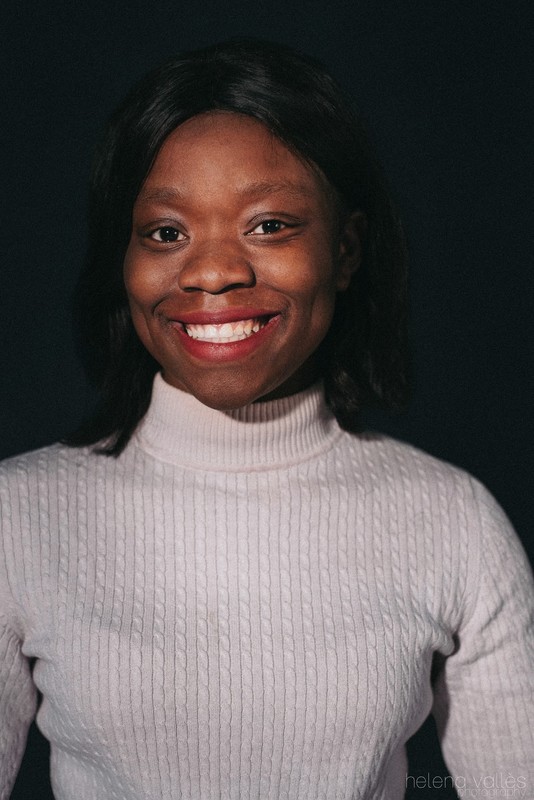 “Always remember, you have within you the strength, the patience, and the passion to reach for the stars to change the world.” – Harriet Tubman
15 Jul 2020

Clèche Kokolo is currently a full-time student at the University of Manitoba, pursuing a Bachelor of Arts in Political Studies. Through her years of involvement in the community, Clèche has developed a passion for human rights advocacy and education. This passion has led her to MARL. As a communications intern this summer, Clèche will work under the executive director's direction to curate content for social media, the MARL blog, and complete other assigned tasks. Please continue reading to learn more about Clèche and her journey in human rights.

1 - What does Human Rights mean to you?

2 – What prompted your involvement in your community?

I began community involvement in grade seven by volunteering at a local family resource centre. Through volunteering, I quickly realized that injustices and inequalities are prevalent in our society. Many individuals do not have the means to obtain living necessities such as food and clothes. Thus, as a young teenager, I recognized that I could use my energy and skills to better my community. For me, this translated into volunteering my time and led to creating initiatives over the years. When I think of what prompted my community involvement, Malcolm X's quote summaries it best "If not now then when, if not me then who?”

As a young adult, my motivation to continue my community involvement stems from understanding that more work must be done to improve society. I am now in a position where I can gain knowledge, use it to educate others, and push for policies that will reduce barriers, inequalities, and gaps. Hence, I recognize that I must take all opportunities to do so.


3 – What is the biggest lesson you’ve learned from community involvement?

The biggest lesson that I have learned from community involvement is that it WILL get hard. Nonetheless, it is essential to remember the reason that prompted your implication as that will be a significant factor in helping you persevere and overcome challenges.  As a student and community leader, I have found myself facing exhaustion and burnout, but my passion for human rights, advocacy, and education has propelled me to persist. For me, Harriet Tubman's quote says it best “Always remember, you have within you the strength, the patience, and the passion to reach for the stars to change the world.”

4 - If you could meet anyone in the world, who would it be and why?

If I could meet anyone in the world, I would want to meet Harriet Tubman. As a political activist, Harriet played a critical role in fighting for Afro-American Rights, women suffrage, and helping slaves escape through the Underground Railroad. Her courage and work saved many lives. Harriet Tubman's willingness to break societal constructs, barriers, and help others paved the way for today’s generation.

To me, Harriett Tubman is a reminder that change happens when individuals are willing to challenge what people think they know to open up another perspective.  In addition to the Underground Railroad, Harriet Tubman continued fighting against slavery by serving on the Union Army during the American Civil War. I want to meet Harriet Tubman to thank her for her work and the doors she has opened.

5 - What interested you about the Manitoba Association for Rights and Liberties (MARL)?

My interest in MARL stems from its approach to human rights through education. I believe that education and knowledge are tools that can change society. Thus, MARL's use of education to open dialogue on human rights is impactful and vital for the community.

In addition to education, my interest in MARL's equally originates from their emphasis on youth and young adults. Often youth are said to be the future. However, they are rarely given a space where they can express their ideas and thoughts. Hence, MARL's focus on youth in their programming offers youngsters a space to learn and develop, which I find incredibly significant.