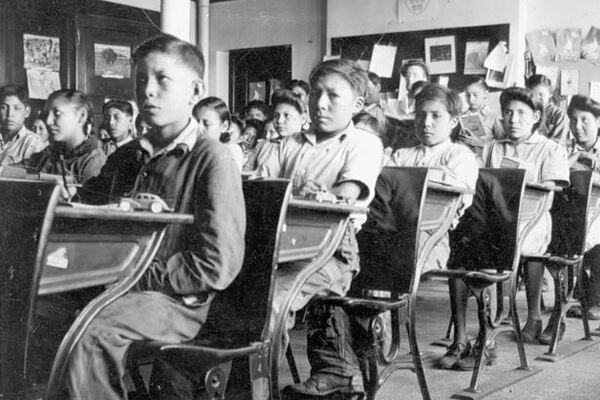 Impacts of Colonialism on Indigenous Children and Families in Manitoba

Manitoba, much like Canada, has a long history of separating Indigenous children from their families
26 Nov 2018
Education, Human Rights, Policy, Research

Manitoba, much like Canada, has a long history of separating Indigenous children from their families. Stemming from colonial ideologies, this seeks to assimilate Indigenous populations and works against Indigenous sovereignty. Beginning with Residential Schools, this has continued through the Sixties Scoop, and is upheld to this day with the current Child and Family Services. Not only does this have detrimental impacts on Indigenous populations and communities, this upholds colonial legacies that have and currently dominate Canadian society.

In 1888, the first Manitoban Residential School was opened in Birtle. From the late 1800s until the late 1980s, fifteen Residential Schools operated in Manitoba. The majority closed between the 1970s and 1980s. Nationwide, an estimated 150,000 Indigenous children attended Residential Schools, with estimated death tolls around 6,000. Children were forcibly removed from their homes and placed in Residential Schools across Manitoba and Canada. Children were often banned from contacting family, and lived in the schools during the school year. This was an effort to minimize contact with traditional and cultural practices, and de-Indigenize children. This system has been named a cultural genocide of Indigenous peoples. Although implemented by the Canadian government, many of these schools were run by the Catholic church. Many of the schools were inadequate and did not teach the same curriculum as public schools which white children attended. Children often left Residential Schools with inadequate knowledge to pursue higher education or to obtain a good job. While attending these schools, many children became sick due to the conditions, leading to deaths. Furthermore, child abuse was a rampant issue, varying from emotional, physical, sexual and spiritual. Children were shamed and punished for speaking their Indigenous languages or engaging in traditional practices. The stark impacts of these schools can be seen across Canada and Manitoba. Residential Schools have led to negative mental health outcomes, increased substance use in Indigenous communities and populations, loss of pride and culture in Indigenous communities, and cyclical family breakdown. In 2008, Prime Minister Stephen Harper issued an apology nationwide to those impacted by Residential Schools. The government has invested $2 billion to provide reparations to those impacted by Residential Schools, though many say there is no monetary value which can be placed on the years of trauma this system has caused.

Through the 1960s to 1980s, the Canadian government began the ‘Sixties Scoop’. Approximately 20,000 Indigenous children were apprehended by the government nationwide, without consent of families. Children were either fostered by non-Indigenous families, or adopted by non-Indigenous families. In some cases, children travelled to the United States or to Europe to be placed with a family. Much like Residential Schools, the Sixties Scoop operated on the goal of removing Indigenous culture from the children, and assimilating them into a colonial society. The impacts are similar as well, with survivors recounting abuse and mistreatment, as well as a feeling of shame regarding their identities. The Sixties Scoop has also contributed to negative family breakdown, mental health concerns, and use of addictive substances. As of 2018, the Canadian government promised $875 million to those impacted by the Sixties Scoop, but survivors say monetary compensation is not enough, and did not feel listened to in legal hearings. Those involved in Saskatoon hearings say there are voices who were not included in this settlement, such as non-status and Métis people who were apprehended as a result of the Sixties Scoop.

Presently, assimilation and apprehension of Indigenous children is occurring in Manitoba at an alarming rate. As of March 2018, more than 10,300 children are in care in Manitoba, 90% being Indigenous. Currently, children can be apprehended by Child and Family Services at birth if the mother is deemed “at risk”. As well, children can be apprehended due to poverty related reasons. Legislation to change this is set to pass soon, but it is difficult as the decision to apprehend is dependent on the discretion of case workers. Children involved in the CFS system are at risk for mental health problems, addictions, and incarceration. Many circumstances that a family may be in can be tied to poverty. Furthermore, it is integral to recognize that this racialized apprehension has its roots in the Residential School system and the Sixties Scoop. There are many historical implications which have created toxic social environments for Indigenous populations, leading to higher poverty rates. Senator Murray Sinclair has compared the current CFS system to Residential Schools, where children are still being separated from their families and cultural traditions.

In the future, the government must ensure equitable policies which actually reflect the best interests of Indigenous children. In an inherently colonial society, Indigenous peoples in Canada continue to be racially marginalized. Systems such as CFS carry on colonial legacies which continue to threaten Indigenous culture and identity. Indigenous families in poverty must be treated with respect and dignity and have proper access to resources without systemic barriers.  As a society, we must support advocacy for Indigenous sovereignty. We must truly listen to our history and make space for Indigenous initiatives to incite change on institutional and societal levels.